Grace of Giving: Giving is a matter of grace, not abundance. 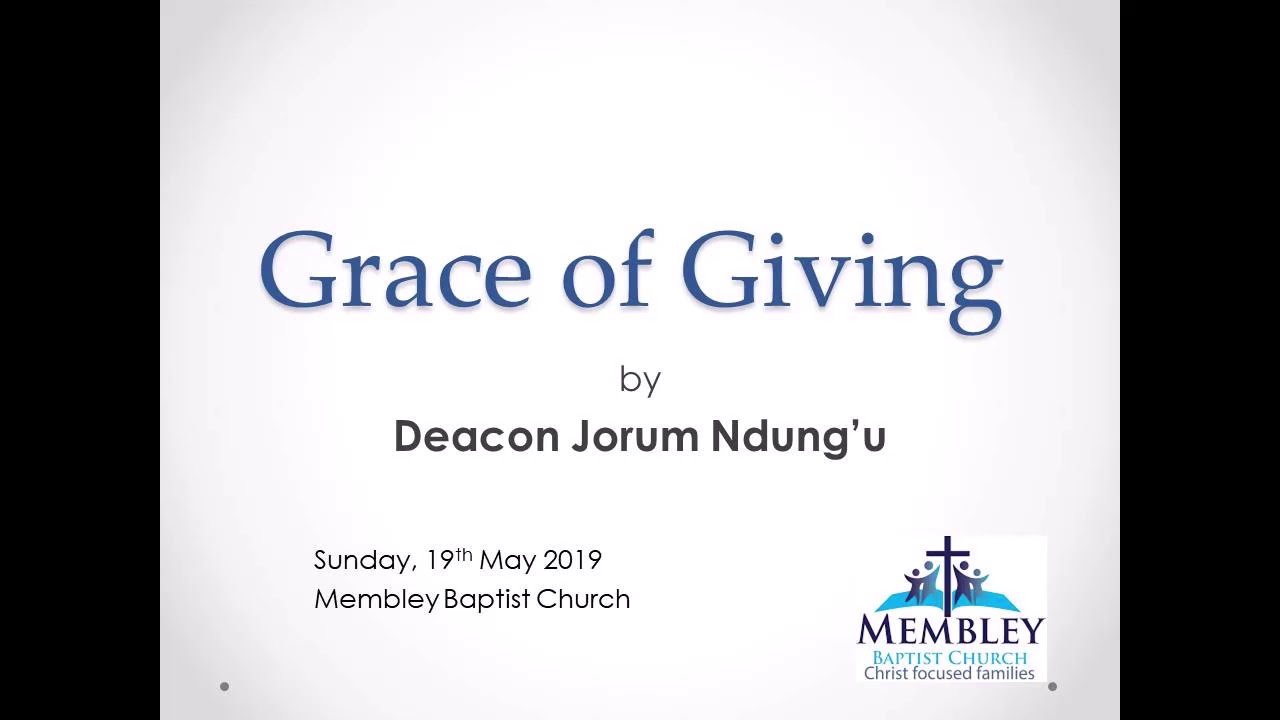 When Paul addressed the matter of giving to the Corinthian church in his second letter to them, He cited the remarkable giving of their sister churches in Macedonia. His words are ever so gentle and beautiful. Verse 1″And now, brothers, we want you to know about the grace that God has given to the Macedonian churches.” Now, the grace that he’s talking about, and of course it’s defined by the context, is the grace of giving—the inclination, because of God’s grace, to graciously pour out what one has to God and to others in giving. In other words, God’s grace has been poured into them and so they responded in kind by their giving. And that is what giving is all about. It is a matter of the grace of giving from beginning to end.

It’s all grace. In fact, the Greek word for grace occurs ten times in chapters eight and nine. In fact, in the first nine verses, it occurs five times. I’d like you to take note of that because I want you to see how the whole issue of giving rides on grace, not abundance or privilege.

Now as to the implications for the Corinthians, who he’s trying to motivate, and to us, he’s quite clear. He goes on, “So we urged Titus since he had earlier made a beginning, to bring also to completion this act of grace on your part. But just as you excel in everything, in faith, in speech, in knowledge, in complete earnestness and in your love for us, see that you also excel in this grace of giving.” He wants them to come to completion, to maturity in that. You see, the Corinthian church wasn’t like the Macedonian church. It wasn’t poor, and it was marvelously gifted but they needed to excel in the grace of giving.

9th October 2022 || Breaking up the Labels by Pst. Josephat Karanja || Called Out Series